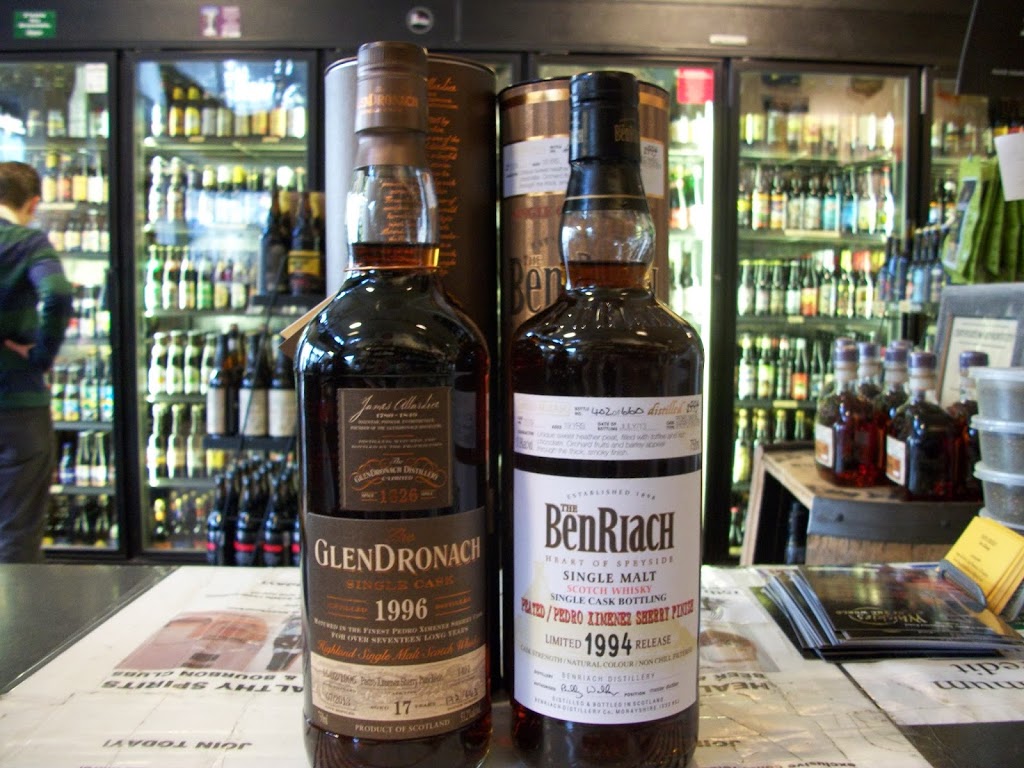 You know what type of barrels I like my single malt Scotch to age in? First fill sherry casks. You know why? Because of all the barrels you can age Scotch in, first fill sherry has the most color, flavor and tannins to give. It’s one of the reasons I’m such a big American whiskey fan, the oakier-more viscous flavor profiles just appeal to me. Now the problem is ex-sherry barrels are in such high demand that the Scotch industry has essentially out grown Spain’s ability to produce them, forcing prices to sky rocket. One sherry barrel is now equal to the cost of 15-20 bourbon barrels. This has seriously impacted the Scotch whisky industry, in fact the majority of whisky is now aging in ex-bourbon barrels.

–The Ben Riach 1994′ 19 Year Peated Cask Strength Pedro Ximenez Sherry Single Cask: A very special limited peated version from Ben Riach. If you thought first fill sherry barrels were hard to find, try finding heavily peated Scotch aged in first fill sherry. They pretty much don’t exist, mostly because the oak and sherry notes mask the peatier-smokier notes, not exactly ideal for peaty Scotch producers. But this is a different beast, coming in at a robust 51.9%, Ben Riach manages to retain an intensely smokey-earthy flavor profile, but with extremely lush notes of dark chocolate, stewed fruits and toffee-sticky pudding. This is pretty much the balls. Fans of Lagavulin Distiller’s Edition will certainly like this. $169.99