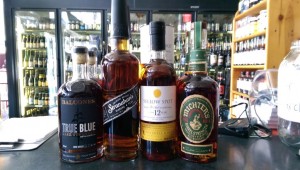 Got some new stuff in the last week or so. A lot of these are going fast so if you don’t grab em quick make sure you call in to see if we still have them. Castro and Clement also got slightly different allocations. Here’s the list:

The hits keep coming. And on a side note, just a word to the wise, there’s been a few releases lately that have been so tiny in quantity that we went a head and put them on the shelf without posting about them, as a reward for anyone who stops by the shop more frequently. This will happen from time to time with things we only get a bottle or two of, we think it adds a layer of fun and excitement to things that would otherwise sell out in 5 minutes. Just something to bare in mind. Cheers everyone!