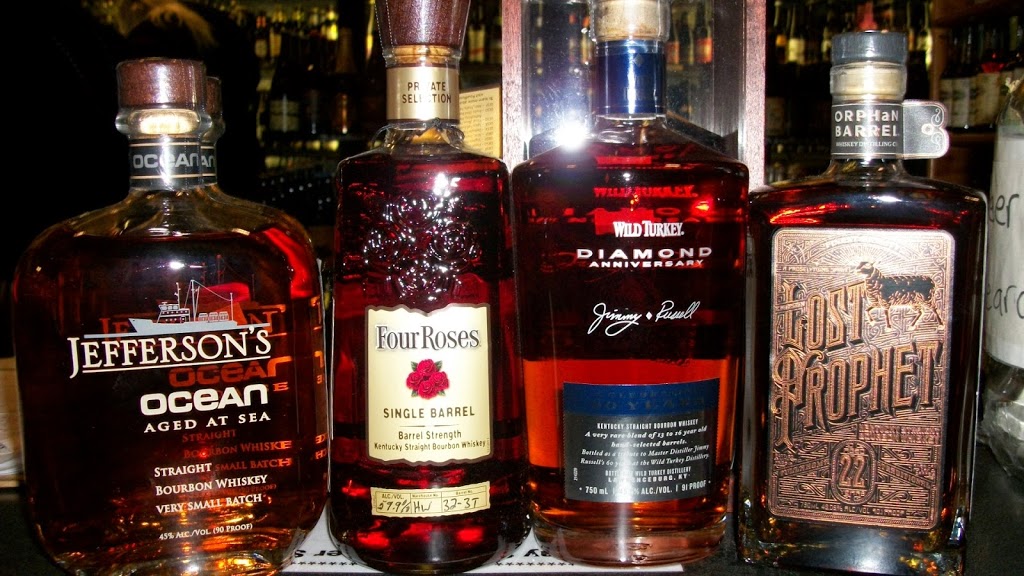 The train is back on the tracks, as we’ve got a couple new bourbons for ya. The crowning jewel is probably the new Orphan Barrel Project’s: Lost Prophet 22 year bourbon. It uses a completely different recipe from the other three offerings and is sort of a perfect combination of age, complexity and smoothness. Definitely a little more tannic and oaky than say Barterhouse 20 year but a little more subtle and soft than Old Blowhard 26 year:

The next bourbon is a special celebration of Jimmy Russell’s 60 years as Master Distiller at Wild Turkey. They call it “Diamond”, and utilize specially selected casks ranging from 13 to 16 years old. This bourbon is delicate and perilessly drinkable. With some softer wild flower honey undertones and just the right amount of barrel char in the finish:

Another bourbon that has been highly sought after but tough to come by is the Jefferson’s Ocean Aged. This release Introduces a subtle briny-sea air element from being on a ship at sea, it’s said the bourbon also ages faster as a result of the hot-humid climate and the gentle rocking of the boat:

And last but not least after so much success with Exclusive Four Roses single barrels I had to grab another “Nate’s Barrel”. Like most of my offerings in the past I went with the higher rye mashbill and fruitier yeast strain. At 11 and a half years old and bottled at cask strength its got an incredible amount of depth and spice, and an exceedingly long and lingering finish:

That’s all I got, enjoy everyone!

Healthy Portland Food PdxVegan is a choice, a vision, a lifestyle. We are changing how we eat out from the earth, in a responsible and sustainable way that benefits our health. This section is all about healthy lifestyle tips and advice from a dietary point of view. Healthy eating and an active lifestyle are proven methods to reduce your risk of cardiovascular disease.