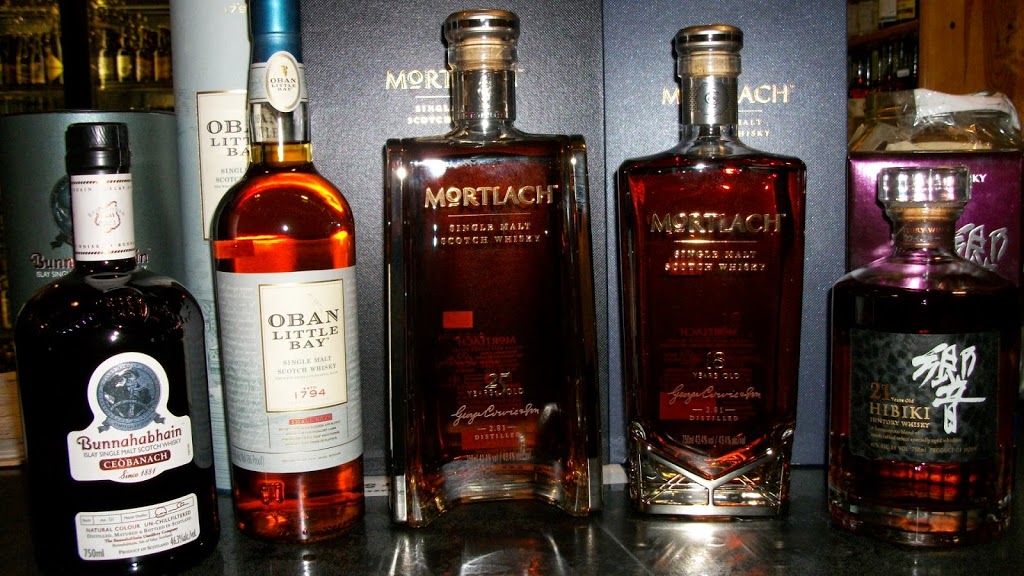 With the holidays firmly in the rear view mirror we’re finally starting to catch up with all the new arrivals at the shop. Fortunately we’re not alone in our holiday hangover as industry giant Diageo has just now begun releasing their rare malts and distiller’s editions, offerings that normally hit shelves in November. Way to go Diageo, the most expensive whisky you have will probably sell much better in January. Actually that way of thinking reminds me of the immortal words of Homer Simpson:

Homer: “This year, I invested in pumpkins. They’ve been going up the whole month of October and I got a feeling they’re going to peak right around January. Then, bang! That’s when I’ll cash in.“

Homer’s Broker: “Homer, you knuckle-beak, I told you a hundred times: you’ve got to sell your pumpkin futures before Hallowe’en! Before!“

But I guess in some ways that may mean we have first pick of the litter since most shops aren’t looking for the white whales right now. Here are some of the new Scotches and Japanese whiskies:

Mortlach 25 Year: The long wait is over, branded Mortlach is finally available in the US. This single malt has a cult following and has only ever been available in single barrels from Independent Bottlers. The rich-concentrated-sherry forward flavors remind me of distillers like Glendronach, Glenfarclas and Macallan. Mortlach is epic, if you can stomach the price it’s totally worth it. $999.99

Hibiki 21 Year Japanese Whisky: Has the distinct title of winning best blended whisky in the world at the World Whisky Awards the last four years running. This is possibly the best Japanese whisky ever imported to the US outside of Yamazaki 25 year, and instead of dropping a full rent or mortgage payment on it like you would with the $1,800 Yamazki, Hibiki 21 year retails for the low low price of: $399.99.

Healthy Portland Food There are many reasons but here are the most important ones. Raw foods such as fruits and veggies, contain anti-oxidants which fight free radicals. Free radicals cause premature aging and health problems. Free radicals are found everywhere from pollution, to fried foods, to microwaving food, to radiation, smoke and so on. The anti-oxidants in raw foods, such as fruits and veggies help combat this damage and help you look younger.