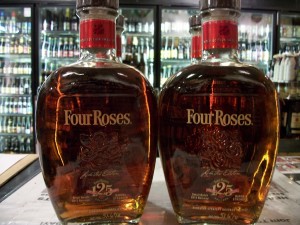 Got a few new whiskies in this week, some pretty heavily awaited American releases and a couple one-off single malt Scotches. Most of the limited releases are starting to hit shelves for the holiday season, be careful not to blink over the next few months or you might miss out.

Any chance you can ship the old forester to Michigan? I’ve been dying to get some and cannot find it anywhere.