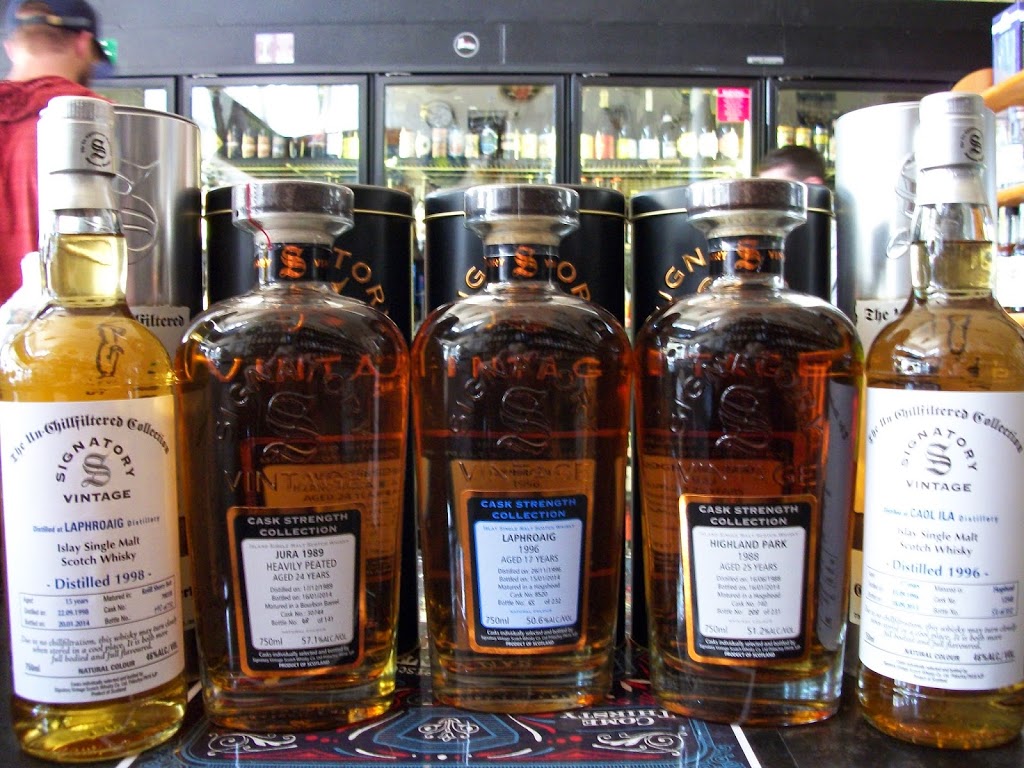 Happy to announce the arrival of some very well selected single malt Scotch casks from Signatory. Not only did these whiskies blow me away from a flavor profile stand point, but they’re also some of the more sought after distilleries in Scotland: Laphroaig, Highland Park, Caol Ila and Jura. You have to be careful when buying from independent bottlers, fortunately these guys know what they’re doing, offering bottlings without caramel coloring, chill filtration or dilution (cask strength). You would never find a 24 year peated Jura, 17 year Caol Ila or a 15 year sherry cask aged Laphroaig without producers like Signatory.

Again these Scotches are epic! Talk about a great gift or treat to yourself, especially if you’re a fan of one of the four mentioned distilleries. Since they’re one time only single casks, when they’re gone they’re gone, so get em while you can. Cheers