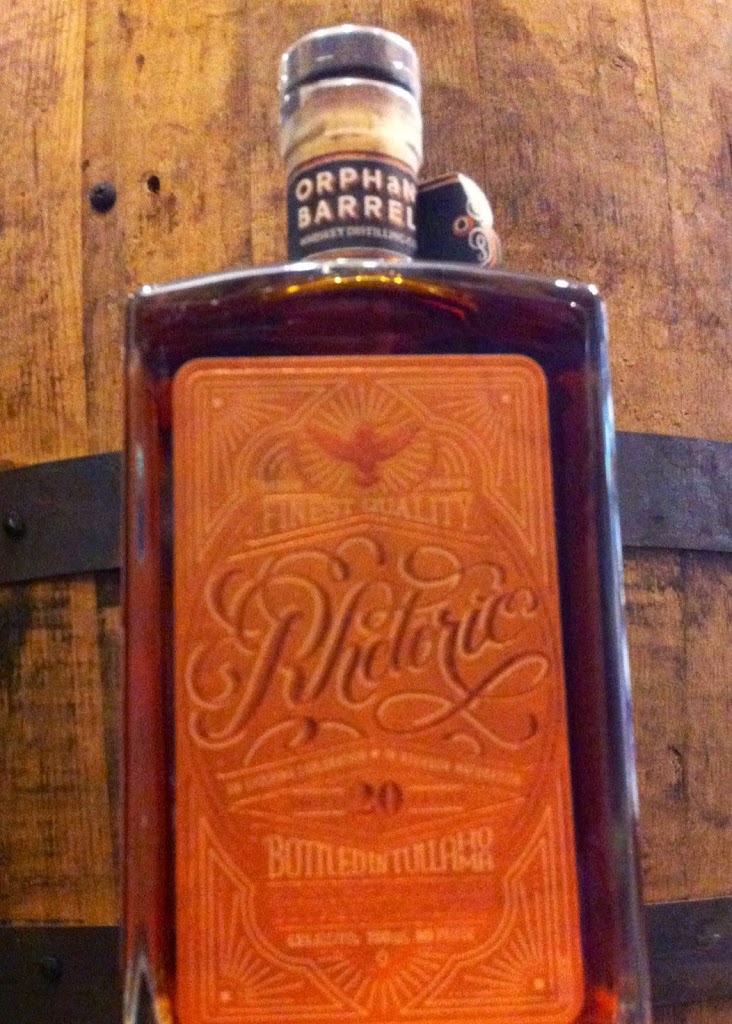 The highly anticipated third release from the Orphan Barrel Whiskey Distilling Co. has finally hit our shelves!  Much like its brother Barterhouse (released earlier this year), Rhetoric sports a 20 year age statement.  However, while Barterhouse was distilled solely at the new Bernheim distillery, Rhetoric’s juice came from both the new and old Bernheim distilleries, meaning it could contain some stock older than 20 years.  Another noticeable difference between the two is where they were aged; while both matured in the Stitzel-Weller warehouse, Rhetoric was situated in the lower levels, which often leads to a softer profile.

As the label states, Rhetoric will be “an evolving exploration in bourbon maturation.”  Over the course of six years, each bottling will get progressively older (2015’s release will be 21 years old, 2016’s release will be 22 years old, and so on).  Supposedly the label will get increasingly darker to symbolize the older age, which sounds pretty neat to me!  Such a unique insight into the aging process is pretty rare, so take advantage while you can.

Rhetoric is available in limited quantities at both shops for $109.99.  Cheers!