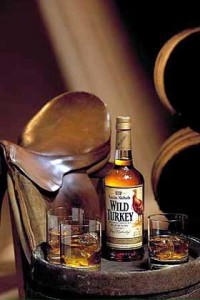 Wild Turkey originally began as a wholesale grocer called Austin Nichols in 1855. In 1869 they opened their first distillery then called the Ripy Family Distillery. Their reputation as a premium Bourbon producer began to grow over the next few decades, culminating in its selection to represent in the 1893 world’s fair. Many years later, post prohibition, a group of wild turkey hunters tried some of the Bourbon brought by one of the distillery’s executives. It became such a favorite they asked if he could bring that “Wild Turkey” Bourbon along on each annul hunt. As a tribute to his friend’s good taste the Wild Turkey brand was formed in 1940.
Here are some of the fantastic Wild Turkey Bourbons you can find at Health Spirits:
–Kentucky Spirit Single Barrel Bourbon:  Hand selected at the peak of maturity this rich full bodied bourbon shows a complex layering of vanilla, almonds, honey, toffee, blackberries and leather. 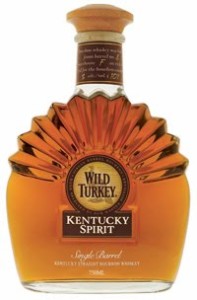 –Rare Breed Barrel Proof Bourbon: A unique blending of 6, 8, and 12 year old bourbons. This ultra smooth bourbon has flavors of caramel, orange, mint, sweet tobacco, roasted nuts, hot peppers and whole wheat bread.
–Russell’s Reserve 10 year Bourbon: Show casing what the master distiller believes to be a “wonderful stage of maturity for a bourbon” we have this 10 year entry. Rich notes of vanilla, toffee, oak, almonds, chilli peppers, cumin and leather.
–Russell’s Reserve 6 year Rye: A bright and robust rye offering with notes of caramel, toffee, pepper corns, chillies and cedar.
–Wild Turkey 101 Bourbon: Jimmy Russell likens his 101 bourbon to a great soup, low and slow is key. In this case the bourbon is distilled closer to bottling proof, which retains more of the flavor and doesn’t require as much dilution. Notes of honey, caramel, vanilla and oranges with a spicy kick at the end.