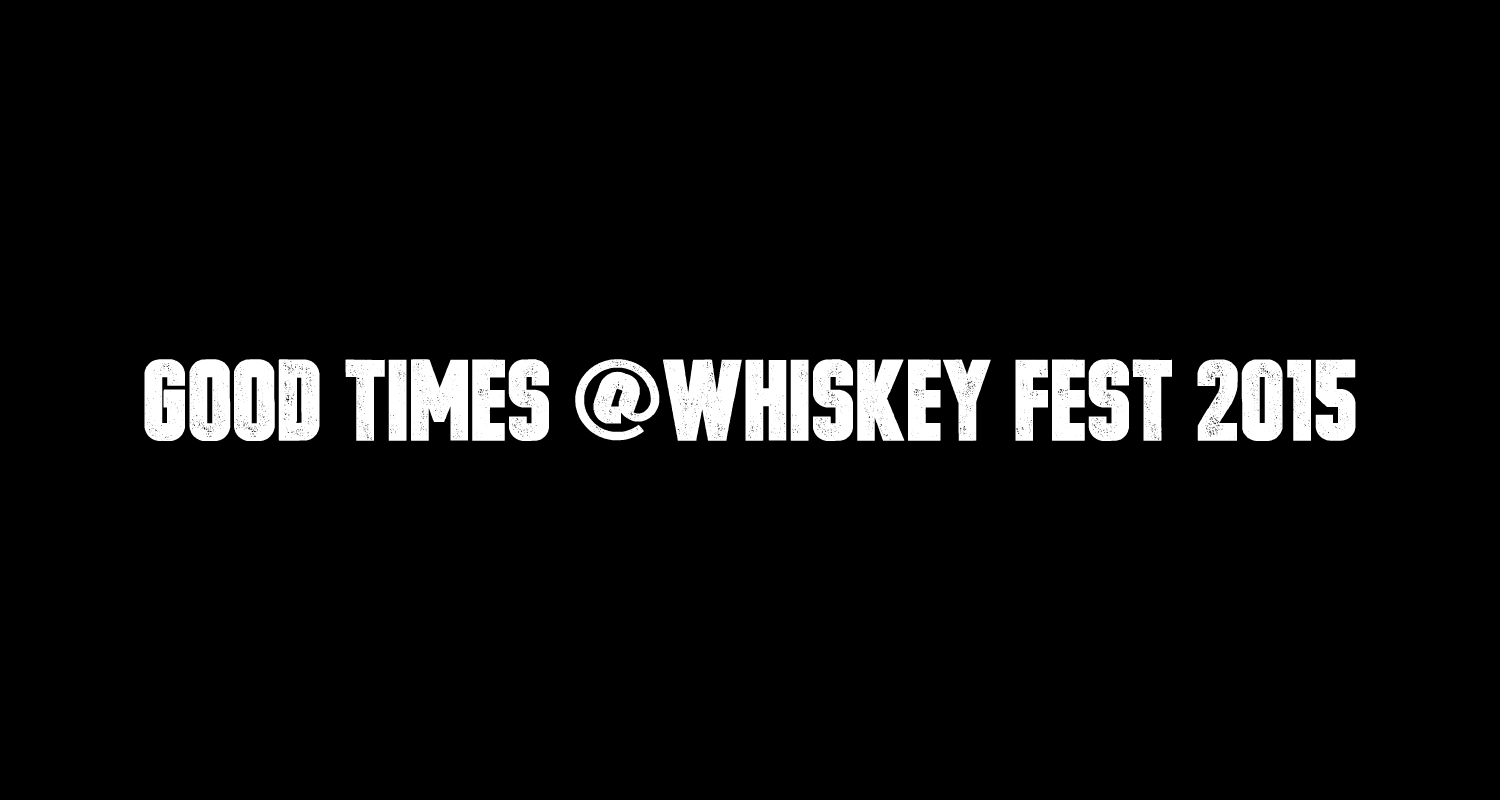 Yesterday, the universe aligned in such a way that I ended up with a ticket to Whiskey Fest 2015 at the San Francisco Marriott, where it has been held for over 200 years. It is a tradition of the centurion event for Master Chefs to prepare pastas, greens, dim sum, steak to keep attendees from getting full solely on whiskey. The professional whiskey fest goer knows how to build layers of whiskey, food and water perfectly. The only time I was thrown off was when I stumbled upon the Chinese Spicy Mustard sauce. It created a black hole of pain that was somehow delicious and a little bit teary. Of the four times, I did that to myself I got at least two concerned stares.

My first stop was at Koval‘s table. I had never tried it and they distill their own juice so it was reason enough for me. Though I enjoyed their line up, I thoroughly enjoyed the Millet & Four Grain. I immediately saw two familiar faces working behind the Old Forester booth and enjoyed a little Birthday Bourbon while getting reacquainted. I had met the woman, Simone just 3 days prior at the King’s Ginger Pumpkin carving contest hosted at Anchor Distilling. Turns out she works at the Epicurean Trader just down the street from our soon to be opened, bigger and badder Healthy Spirits location in Bernal Heights. With that done, I laid down my second layer of food and then went to greet a familiar face. His name is Rafael and I met him when he worked at Hecho in the Financial District back in 2011. Hecho was one our most enthusiastic Mi Casa accounts and Rafael and I haven’t really seen each other outside of Facebook since those early days when I spent all my time hitting the streets and visiting bars. I asked him if he had any high proof Angel’s Envy Rye and I wasn’t disappointed. It was sexy with butterscotch lingerie, I didn’t want to dump such a high quality spirit so I enjoyed every last drop.

My next stop was the Suntory booth. They didn’t have much…apparently even they’re running out of juice, so what I tried was the Hakushu 12 year. Anyone who enjoys the flavor of Scottish peated whiskey would enjoy it. They had the Hibiki Harmony as well, but I’ve had it and couldn’t waste valuable digestive resources on stuff I already know I like.

My friends at the Nikka booth let me try the upcoming Nikka Coffey Malt, not to be confused with the Coffey Grain. It’s a completely different beast, wonderful and hopefully arriving by Christmas.  I didn’t get far away from Jen Chen at the Nikka booth before I spotted the world famous Victoria George. Victoria is a spirits enthusiast of the highest caliber and currently tends bar at Woodbury down by the ball park. She’s graced the cover of Wine Warehouse’s catalog and has crushed grapes in Peru and blazed the Oaxacan palenques like a boss. She was pouring John Hall’s  Forty Creek line up. If you’ve never had it, it’s all good stuff, I promise. John Hall is a serious distiller and his whiskies put the grain front and center.

I ran into my friend Gavin who was one of my favorite reps before he left JVS to start his own company called Bottled Spirits which a brokerage that offers representation and ground presence for craft spirits. If you’re a brand owner and need someone to represent you and actively work on your behalf, Bottled Spirits should be a tool in your branding arsenal. After I said my ‘what’s ups’, I left to say hi to Kevin Diedrich who was pouring at the Hudson Table. In 2011 before we launched Mi Casa, I bar backed for Kevin at the Burritt Room on Stockton and Sutter. It was a short stint but I loved working with the crew there, most of whom are killing it in their own right today. Kevin is soon to launch his own bar where the old Cantina lounge used to be. Kevin has always been a supporter of Mi Casa and no matter how many times he’s been in the spot light, he’s always humble and has the best manners. I can’t wait to see what he does with that space, I know he’s gonna wreck it.

All in all, I had a very good time.  I love seeing industry friends and melting the ‘industry’ off of it.  That was done in grand fashioned after the show when Nate Breed and I met up with Victoria George at Monarch to listen to Blondish.

I got my 7 hours of sleep and woke up feeling like a champ.

Be safe out there! 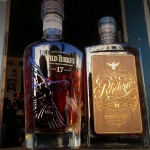 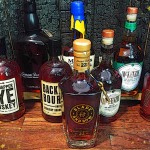