If you love tequila and haven’t explored Tequila Ocho yet, I’m happy to say we the 2014 Blanco and Reposado and the 2012 Anejo.  The intention behind Ocho is to focus on the terroir of specific ranchos in and around Arandas Jalisco.  This is a partnership between Carlos Camarena whose family has been producing tequila for 80 years give or take.  I’m not exactly sure how many times the barrels are used but they taste like they give lightly which I think was done on purpose to preserve the terroir of the agave. 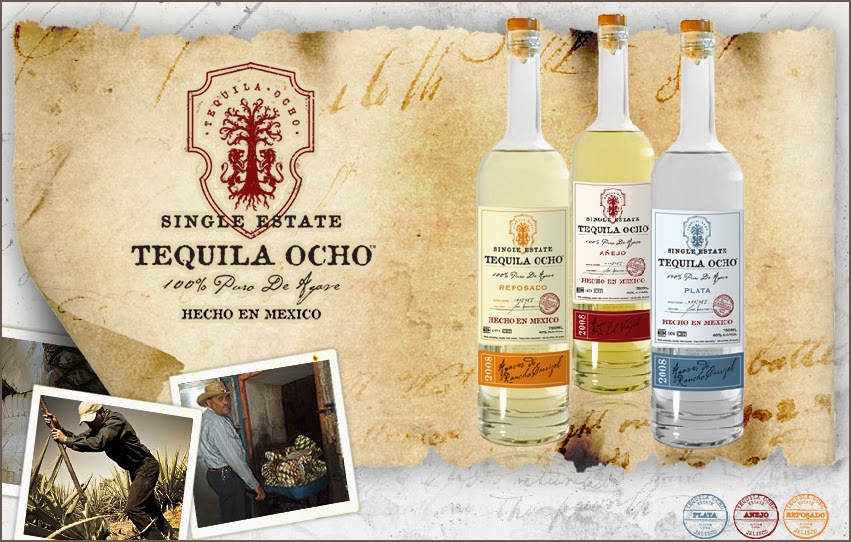 As a brand, I think Tequila Ocho has done a great job in educating their fan base about the key component to any tequila, the agave itself.  Blue agaves are growing on the ground for about 8 years and pick up so much of the earth in its distilled state that unlike whiskeys that are complex after barrel aging, tequilas and other agave spirits are most complex as blancos (silvers, platas).

About two years ago I reached out to Tomas Estes via email and 3 months later he responded with his phone number so I gave him a ring.  I needed some insight from someone who’s been in my shoes and Tomas lent me an ear a gave me some solid insight.  Just another reason why I’m a fan.  In fact I met Carlos Camerena at a lunch catering to agave nerds.  We had a nice discussion regarding agriculture and harvests.  Tequila is full of good peeps, gotta love it.