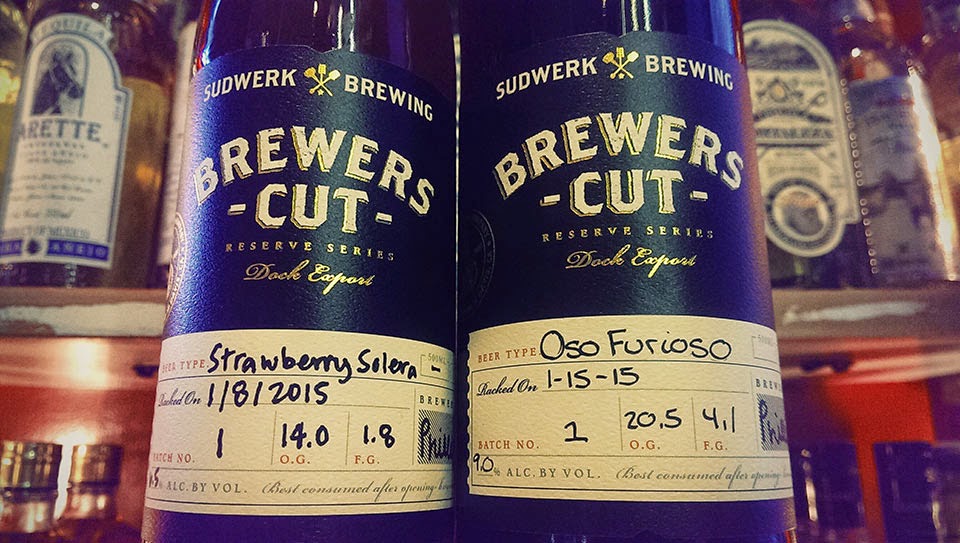 Its Day 8 of SF Beer Week. How ya’ll feeling out here?

We are proud to announce that we’ve got two beers from Sudwerk Brewery that are exclusive to Healthy Spirits as well as being the first time San Francisco have seen this rare liquid.

The Brewers Cut Reserve Series is a special one-of-a-kind release of beers. From sours to barrel aged blends and more. There’s not a whole lot of literature about these beers or the series itself. But we did get some notes from the brewer (which we’ve included below). Limit 1 per person please.

Notes from the brewer about Solera…

“Strawberry Solera is a blend of Solera Weiss fermented with Sudwerk microflora and a Brett-Saison aged on 1lb/gal Sacramento Valley strawberries in Bordeaux barrels.  The nose is lactic, lemon, and berries with moderate Brett character.  Clean palate with bright berry and tropical highlights with a dry finish.”