Did you know Rye Whiskey has become one of the hottest selling spirits in the market? It makes sense too, before prohibition it was America’s favorite Whiskey and out sold all others including Bourbon. Heck in 1791 early Americans orchestrated a “Whiskey Rebellion” to fight the taxation of their beloved Rye Whiskey. The Rye Whiskey trend has increased so much that manufacturers are actually having a tough time meeting demand, and won’t be able to increase supply anytime soon as Whiskey must sleep in wood many years before its ready.

Never fear my friends, Healthy Spirits is here to meet all your Rye needs. In addition to a nice variety of Ryes we already carry (click on our bourbon menu on the left side of this page), we have finally added the historic Rittenhouse Rye bottled in bond and the Rittenhouse 25yr single barrel Rye. I could write a lot about these Ryes as I really think there second to none, but I’ll let Heaven Hill regale you with their press release:

“In what can only be termed an upset of Final Four proportions, Heaven Hill Distilleries’ Rittenhouse Bottled-In-Bond Rye Whisky was named “North American Whiskey of the Year” at the recently-completed 2006 San Francisco World Spirits Competition.  The annual competition is among the most prestigious spirits competitions in the global distilled spirits industry, judged by a panel of industry luminaries.

In capturing the trophy for top North American Whiskey, Rittenhouse first had to be judged a double gold medal winner in its Rye Whiskey class, meaning it was unanimously awarded gold medal by all judges in a blind tasting.  It then had to top all other double gold medal winners in the North American Whiskey category, including Bourbons, Canadian Whiskies, and a number of artisinal spirits made by smaller “boutique” micro-distilleries.  And the Rittenhouse Bottled-In-Bond, a traditional rye made in a time-honored method, left these much more heavily advertised and merchandised whiskeys in the dust on its way to the title.

“Historically, rye whiskey has been the ultimate expression of classic American whiskey style, and we at Heaven Hill Distilleries were one of only three remaining producers to keep the style alive during the lean years when rye was overshadowed by Bourbon and Scotch and Irish Whiskeys ” said Kirstin Jackson, brand manager, Rittenhouse Rye Whisky.  “As the desire for a broader selection of styles and flavors grows in the American Whiskey category, it is only natural that rye whiskey should reclaim its former position of prominence, because it is generally regarded as the most flavorful of the ‘ whiskey styles.  This award properly affords rye whiskey the recognition it deserves, and for Rittenhouse to have bested such highly-regarded competition is a tribute to the fact that things don’t necessarily have to be ‘new and improved’ to be judged the very best.”

Rittenhouse Rye Whisky was originally launched upon the repeal of Prohibition by the Continental Distilling Company of , and was subsequently acquired by Heaven Hill Distilleries, the nation’s largest independent family-owned spirits producer and the second largest holder of aging American Whiskey in the world.  Heaven Hill continued to produce the brand during the years when rye whiskey went largely ignored, despite its historic role in the Whisky Rebellion of 1791 and the iconography of Mike Hammer and The Thin   Now available in limited supply in select areas of the , Rittenhouse Rye was also named “Whiskey of the Year” for 2005 by Wine & Spirits Magazine, and last summer Esquire called it “one of the best American Whiskeys at any price”.”

Come and get it 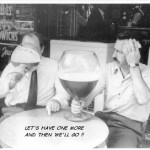 Healthy Spirits: Your Source for Glassware 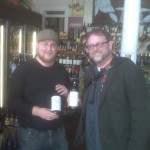