The long awaited release of Marker’s Mark 46 is finally here. I just put some 46 on the shelves today and let me tell you it is an exquisite bourbon. This is the first time Marker’s Mark has ever released an extra aged version of its regular recipe, with the extra time in barrels and added oak staves roasted to a level 46 char really contributing to a richer depth and ultra smooth finish. You want this! 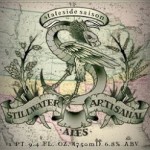 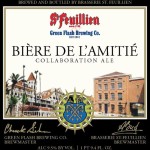