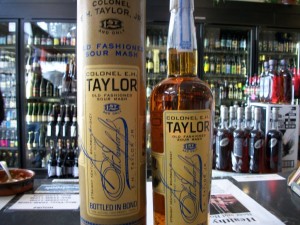 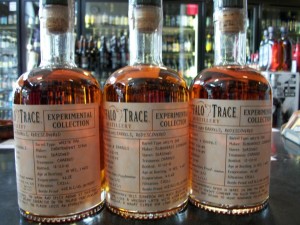 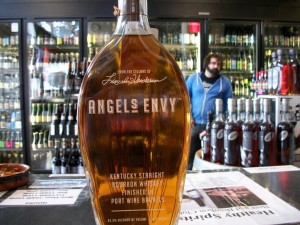 Big big releases today! All highly anticipated with extremely limited quantities. First off we have the E. H. Taylor Old Sour Mash bourbon. E. H. Taylor is widely considered a founding  father of the modern bourbon industry, being regarded as such due to accomplishment like: patenting his own sour mash technique, financing, overseeing and modernizing numerous distilleries of the time, introducing equipment and methods to achieve new levels of quality, all while also being the owner and operator of what is now known as the Buffalo Trace Distillery. As a special tribute to his legacy, Buffalo Trace has recreated a sour mash technique which would have been used during his tenure. The first of possibly several releases that takes the namesake of a true bourbon aristocrat.

We also received a small allotment of the long awaited Buffalo Trace Experimental Collection. This years releases are categorized as being rediscovered, meaning they were inventory the distillery had lost track of several years ago. The still proof and barrel entry proof are unknown. What is known is that these killer bourbons set the bar pretty high!

If you look closely in the back ground you might recognize a familiar face, apparently angels aren’t the only ones who envy this bourbon. Created by Lincoln Henderson, the man behind Woodford Reserve and most of the other Brown-Forman whiskeys over the last 30 years, comes Angels Envy. A premium bourbon in the 5-6 year range finished in port barrels. This will be there base brand, and what an awesome one at that, with more limited releases to come.