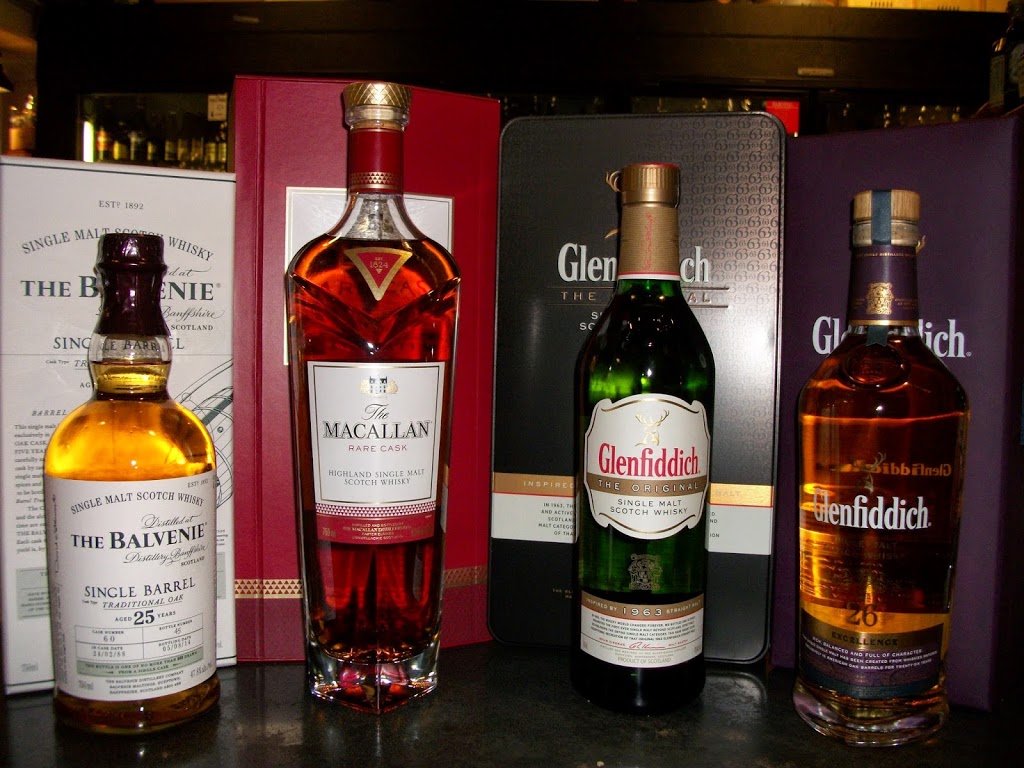 Winter is in full affect and there’s no better time of year for limited whiskies, holiday treats are landing almost daily. The newest arrivals include a nice selection of rare single malt Scotch:

–Glenfiddich 26 Year Single Malt: Aged 100% in American bourbon barrels this rich and balanced single malt playfully called “Excellence” has all the depth and complexity of a 26 year whiskey combined with engagingly soft tannins and some hints of vanilla and custard. The whisky starts off subtle but builds to a symphony of flavors.

–Glenfiddich “The Original” Single Malt: The Original takes its inspiration from the very first Glenfiddich single malt bottled (in 1963), it was the first marketed single malt whisky in the world and a bottling that started the whole Scottish single malt movement. The flavor profile is sweet, fruity and floral with just a touch of biscuity notes.

–Balvenie 25 Year Single Barrel Single Malt: One of the best Balvenie single barrels ever to hit the market. This bottling, aged in an ex-bourbon barrel, produced just a shade under 300 bottles. The flavors on the palate are bursting with butterscotch, honey cake, citrus and candied ginger, with a long lingering spice on the finish. Don’t be fooled by the lighter color, this one’s epic.

–Macallan Rare Cask Single Malt: Made from first fill sherry barrels in all their glory. A non-age statement whisky but definitely using some of the oldest and best casks in Macallan’s warehouses. Incredibly rich notes of toffee, chocolate, dates, apple pie and bread pudding with just a hint of baking spices. You want this.

Get these while you can, all are in limited supply and would make great stocking stuffers or holiday gifts. Cheers everyone.