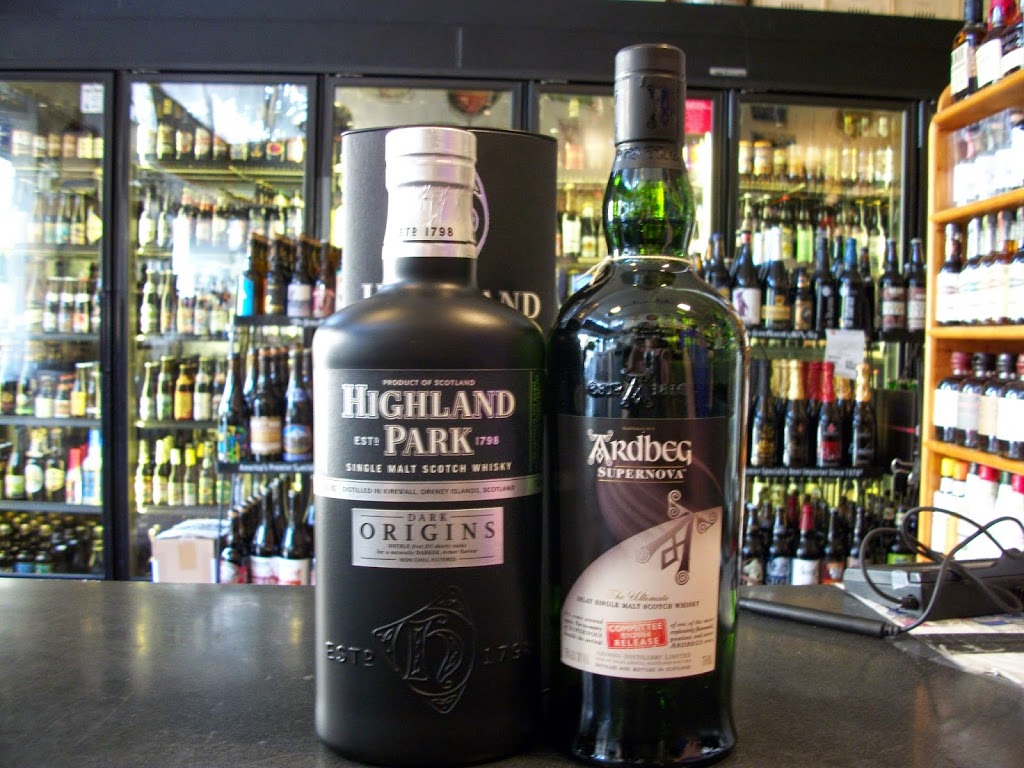 Shhhhhhhhh, it’s a secret. Okay I guess technically it’s not a secret any more. But if you want a shot at either of these two single malts you’ll probably want to keep it to yourself. First off one of the most sought after releases of all time, Ardbeg Super Nova, has finally made its way back to Healthy Spirits. For years and years Dr. Bill, Master Distiller of Glenmorangie and Ardbeg, has adamantly said he would never make Super Nova again. He always told me it reduced his ability to keep the peatiness of the regular line up as high as it could go. It was a reasonable explanation but the high demand for the second peatiest whisky in the world made me always have to ask him. Not only is this heavenly whisky finally making an encore but this time its got more sherry influence making it rich and decadent in addition to being bold and intense. Like before it’s bottled at cask strength clocking in at a robust 55% alcohol (110 proof).

Dark Origins is a new offering from Highland Park but unfortunately, as with so many limited offerings, they decided to make it available on premise only. Meaning the only place you could get it is at bars and restaurants. By the glass only, so you’re basically out of luck if you wanted a bottle. Through a clever loop hole Healthy Spirits was able to obtain a few bottles. They won’t last for long, and are only available at the Castro shop. Dark Origins is a little peatier than the regular line and is aged in “double first fill sherry casks for a naturally darker, richer flavor”, so there’s that.

These are some of the best new single malts on the market, if you want em grab em fast! Cheers