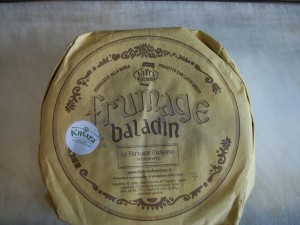 If your like us you love beer and cheese. Well several producers have made it even easier to get our beer and cheese fix on by combining the two. First we have the tried and true Chimay cheese, which is made by the trappist monks and washed in Chimay beer. They’ve been making this traditional wash rind cheese since 1876. Next we have a special Belgian kriek beer cheese, which is made from cows milk and washed with kriek beer. The paste is a beautiful mild white cheese with a subtle sweetness and slight hint of cherries. Our newest beer cheese comes from Italy and is called Frumage Baladin. They use raw cows milk, thistle rennet and then wash it in birra baladin. To foster even more of a connection with the base beer they throw some spent mash from a running of baladin inside the cheese, leaving the paste speckled with butterscotch colored flecks of heaven. You want these: